Hakham ‘Obadiah Yosef, ‘a”h, passed away on the 3rd of Mar Heshwan, 5774, at the age of 93. He was born in Baghdad and later moved to Cairo. Later in life he would become the Chief Rabbi of Tel-Aviv and then Rishon LeSion of Israel. He was later the head of the political Shas party.

He was known for an acute mind and photographic memory. His Halakhic decisions tended to be different from the traditional Sephardi norm of blending the rulings of Maran Karo, ‘a”h, with the Kabbalistic teachings of the Arizal, preferring to follow only Maran z”l. He wrote many works, most notably Yabia’ Omer and Yehawwei Da”ath.

He became Rishon LeSion after taking the position from the long tenured Hakham Yis-haq Nissim, ‘a”h. After him the Rishon LeSion was Hakham Mordekhai Eliyahu, ‘a”h, [1] author of many works himself, including Darkhei Tahara, Maamar Mordekhai on Haggim, Dibrei Mordekhai and many more.

Hakham Obadiah, ‘a”h, stood up for the Sephardim against what he felt was discrimination by some in the Ashkenazi world. He was highly regarded by all, however, even by those who were at the brunt of his attacks or were not in favor of some of his more lenient rulings. 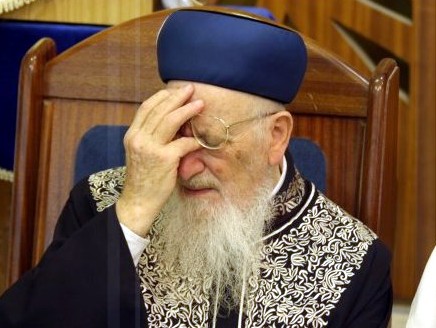