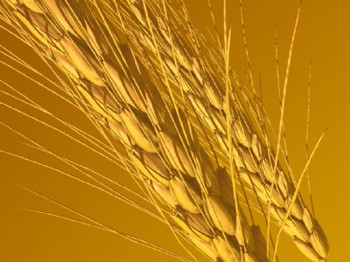 What is it in the story of Ruth that is so intriguing and appealing? Why is it that when we read Meghillath Ruth our emotions and admiration arise?

Ruth was of royal lineage, the daughter of the king of Moab. Later on, the daughter of this distinguished father found herself gathering wheat from the fields together with the poor people of the generation. She later on gave birth to the grandfather of Kind David. In life, we go through ups and down, better times and worse times. The extreme contrasts in Ruth’s life are rather exceptional. She went from the very top – being a princess – all the way down to becoming penniless, then back to royalty. It is interesting to note that soon after Ruth’s genuine and emotional decision to leave her home, birthplace and family behind her, in order to embrace the Jewish religion, she finds herself hungry, gleaning sheaves of wheat in the fields.

What is it that entitles a person to greatness? Many of the leaders of the Jewish people were shepherds. A shepherd is a person who displays kindness to his sheep, attending to all their needs. The needs of every single sheep must be considered. Those who posses this precious character trait deserve to be leaders.

Where do we see this character trait in Ruth? Upon the return of Naomi to her homeland, Ruth, in her selfless act, leaves everything behind and accompanies her grieving mother-in-law who lost everything. She makes sure she doesn’t return alone.

In addition, when she returns with her mother-in-law Naomi to the Land of Israel, they were both poor and hungry. Naomi was known to be the wife of a wealthy and noble man. Ruth in her kindness wanted to save Naomi from the embarrassment of gleaning in the field. She, a princess herself, did not demonstrate any pride, but rather joined the other paupers in the field to support her mother-in-law.

Ruth was a descendant of Moab. Moab is the nation of whom it was said: “A Moabite may not come into the congregation of Hashem” (Deuteronomy 23:4-5). Why are they judged so harshly?

Moab was the descendant of Lot, who was not only saved by his uncle Abraham, but benefited much from him. In return, instead of showing gratitude to the descendants of Abraham, the Moabites hired the prophet Bilaam to curse the Jewish nation. The lack of gratitude exemplified by this nation is a clear indication of an ingrained flaw in their character. Such people cannot mix with such a holy nation – the Jewish nation.

Ruth, the Moabite, in her admirable act of kindness towards her mother- in- law rectified the very same imperfection that the Moabite nation displayed. Where they failed, she rose and excelled.

Ruth stands out in her commendable quality of modesty. Moab’s name publicizes the fact that he was conceived from Lot and his daughter. After the destruction of Sodom, Lot’s daughters thought that the entire world had been destroyed. They felt responsible for its continuity and bore children to their father. The older one made this connection with her father known to all by naming her son Moab literally: “From father.”

This is the exact opposite of the modesty displayed by Ruth. She is shown to be the epitome of modesty. Boaz, who was the head of the Sanhedrin, noticed this virtue in her. She kept her skirt down while the others women harvesters did not, bent down gracefully from her knees and kept a distance from the male harvesters.

It seems to me that there is a direct connection between the trait of modesty that Ruth epitomizes, and the holiday of Mattan Torah (the receiving of the Torah). For us women, the commandment of modesty is equivalent to that of the study of Torah for men. In preparation for receiving our personal Torah, isn’t it the perfect time to raise our standard of modesty? Let us grab the opportunity and make our holiday more meaningful by emulating Ruth and her greatness in the area of modesty. Perhaps it is not accidental that Ruth, a Moabite princess, is the one who epitomizes this trait. Ruth, the princess, reminds us all of our very essence. Every single one of us is a princess, a daughter of a King. As such, we are expected to act and dress in a fashion befitting our royal position.