The Heart – A Most Powerful Tool 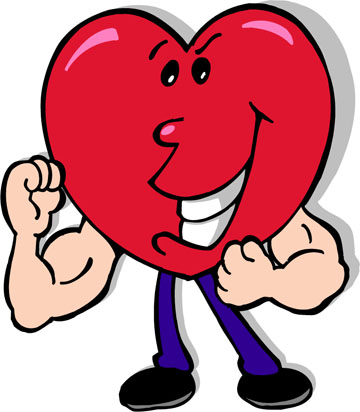 A close friend of mine who was diagnosed with a terminal disease, made the following statement in one of her close heart to heart conversations with me. She uttered a sentence which moved me and has not left me since. Her words were so powerful that I would like to share with others and, I hope, will be used for her Ilooi Neshamah (raising of her soul).

This conversation took place during the time when she felt somewhat better. She said: “I terribly miss those days when my condition was much worse and the situation was critical. I felt immense closeness with G-d, the likes of which I had never experienced before and I yearn for that feeling.” May this powerful message stand in good stead for the raising of her soul.

One of the most important factors of prayer, and yet the hardest to attain, is the intent of the heart. The extent of the power of our intent is unimaginable. The following story, by Hakham Sasson Mordechai Moshe, a great luminary from Baghdad, can give us an insight into what a simple intent of the heart can do.

There was a lady who had one son who had trouble falling asleep at night because of a multitude of fears and phobias. In her quest to find a cure for his illness, she made for him many talismans and amulets, but all her efforts were to no avail. Nothing she attempted came to any fruition. One day, she found a piece of paper on the floor, which was torn from a holy book. She thought to herself, “There’s nothing more that I can do for my son that I have not already tried. However, if I place this piece of paper, which contains a verse from the Torah or the Prophets, on my son, it will surely bring the result I have longed for.”

She folded the paper, the contents of which she could not understand and made an amulet with it for her son. She had an unshakeable faith which came from the depths of her heart, that this time — unlike on previous occasions — her son would be healed. Her faith was well placed. Her son fully recovered from his illness and was able to sleep calmly and peacefully from that time on.

Her husband was curious to know what was written on that piece of paper. When he unfolded the paper he read the following verse taken from the admonitions in Parashath Ki Thabo: “In the morning you will say, ‘If it would only be night’ and in the evening you will say, ‘If it would only be morning’, from the FRIGHT OF YOUR HEART THAT YOU WILL FEAR…” (Debarim 28:67). This verse contains precisely the opposite message that we would all assume it conveyed. Nevertheless, the strong faith that stemmed from her heart is what brought about the cure that she yearned for.

Hakham Sasson Mordechai Moshe, tells us another parable about a king whose subjects came to his palace bearing leather bottles filled with wine, oil and honey. Others brought boxes full of silk and embroidered clothing. However, there were those who brought leather bottles and boxes which were empty inside. Our Tefilloth (prayers) and words of praise to our Creator are likened to a present. Our bodies are the containers. The intent of the heart is the gifts within the containers and can be likened to the wine, oil and honey.

What is the most important element of a gift? Is it the container or the content? Obviously it is the content, yet there are those who come to pray and only bring their bodies with them. Their hearts are somewhere else.

Our Tefilloth (prayers) should be poured out from the depths of our hearts. How can we ask our Merciful Father in Heaven for livelihood, success, health, good children and so on, if there is no feeling attached to the words that come out of our mouths? How can we praise Him for all the blessings He has bestowed upon us which we so often take for granted, such as our eyes, ears, feet and hands, and not know what we are saying?

Hannah, the mother of the prophet Samuel, understood instinctively that prayer must be connected with the intent of the heart, as it says, “Hannah was praying in her heart” (Shemuel 1:13). Her Tefillah was as a result of her being childless and expressed her intense pain. She poured out her heart and prayed from its innermost depths. It is rather amazing that so many of the laws concerning the proper way of prayer, that are gleaned from Hannah’s prayer, are still the guidelines for our mode of prayer today.

As women and mothers, we should be aware of the effectiveness of our hearts, since we are perceived to be more soft-hearted and in touch with our heart. Hannah is the ultimate example of such a woman. We can all embrace her unique ability to connect with Hashem in a most meaningful way.

This concentration and focus during our Tefillah is very difficult to achieve and many of us struggle with it, especially if we are not fluent in the Holy Tongue (Leshon HaQodesh). But we can draw our strength from Hannah, who is another example of a great woman to look up to and emulate. We can all strengthen our intent of the heart knowing that she was a woman, just like us, and was able to reach such heights. Using this powerful tool — our heart — we have the ability to influence decisions made for us in Heaven to positively change our lives and bring much blessing into our homes.