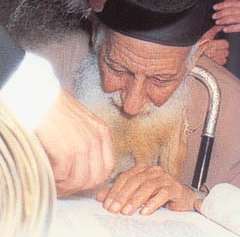 Hakham Yishaq Khedhourie, a truly pious man and Qabbalist (Kabbalist) of the old shool,  was born in Baghdad (though possibly Basra) and passed away in Jerusalem on Mosei Shabbath, 28 Tevet, 5766, Jan. 28 ’06).

His exact age was not certain. According to his physician he was between 104 and 108 years old. Other estimates place his age as high as 113.

Hakham Khedhourie emigrated to the Land of Israel at the age of 17. Legend has it that when he was 16 years old, Hakham Yoseph Hayyim, o.b.m[1], author of many works including BEN ISH HAI, after whom Midrash BEN ISH HAI[2] is named, blessed him with a long life. 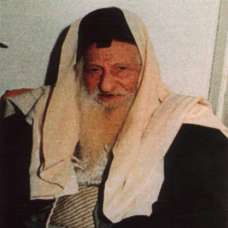 In the Land of Israel he studied with many famous Hakhamim of the day including Hakham Yehudah Ftayya, o.b.m., author of Minhath Yehudah and Hakham Ephraim Hakkohen, o.b.m.

Despite his years of study and teaching, and the level he attained, Hakham Yishaq Khedhourie, never published any books on Qabbalah.

It is reported that over 200,000 people attended his funeral. 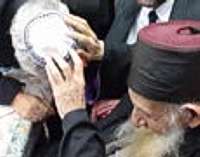 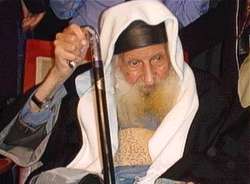